A danish syndicate, led by an experienced group of investors has offered to continue the development of BC Hospitality Group (BCHG). An increased cash position will give BCHG a chance to come out of the corona crisis and act on new growth opportunities. When the plans are confirmed at the Annual General Meeting, June 15, the group will continue on solid financial ground.

At the upcoming Annual General Meeting on June 15, the board of directors and a majority of the current owners will recommend a directed share issue of BC Hospitality Group to a new danish group of owners led by former Senior Partner and Global Leader of Travel, Transport & Logistics Sector in McKinsey & Co., Christian Riis-Hansen, former EQT partner and long-time investor, Peter Korsholm, as well as former COO of ISS with international experience from the service and hospitality sector, Martin Gaarn Thomsen.

The share issue will be undertaken with support from Danish public growth fund, Vækstfonden and the group’s bank, Nordea.

“BC Hospitality Group, with its congress & exhibition center Bella Center Copenhagen and hotels, is crucial for Copenhagen to continue attracting larger congresses and events as well as tourists creating economic activity and jobs. We have gathered a team of investors with relevant expertise from the hospitality sector, and we all see an opportunity for BCHG to move out of the corona crisis stronger than ever,” says Christian Riis-Hansen on behalf of the syndicate.

“We are improving the group’s cash position, so that we have a solid and healthy financial launch pad for the continued positive development of BC Hospitality Group after corona. We believe that there is a strong team leading the company, and we see a big unresolved potential in the core business as well as in the potential for future expansion,” says Christian Riis-Hansen.

It has been pivotal for the agreement that the day-to-day operation of Bella Center Copenhagen as well as the hotels will continue as planned. The change of ownership will not affect customers, suppliers, or planned events. The current interim CEO, Christian Folden-Lund, will continue as permanent CEO of BC Hospitality Group.

Chairman: The future development of the group has been secured

“We feel a big responsibility to our employees and all of our customers, who have postponed events with us or booked hotel visit and conferences in the months ahead. We are happy that it was possible to find a new Danish group of owners, who can continue the development of BCHG,” says the current chairman of the board, David Overby.

The agreement is to be finally approved at the Annual General Meeting, June 15. 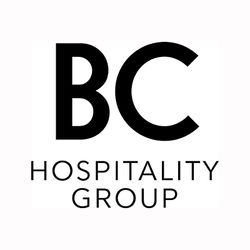 BC Hospitality Group is one of Denmark's largest hotel, conference, trade fair and hospitality businesses.

The group has more than 1,584 hotel rooms, 162 meeting and conference rooms and approximately 200,000 square metres of conference, meeting and event facilities with a total capacity in excess of 30,000 people.

BC Hospitality Group's new and in total14,000 square meters new multi hall and part of Bella Cener Copenhagen will be finished during first half of 2021, ready to house everthing from concerts and other cultural events to congresses and exhibitions.

Bella Arena will be the name of Copenhagen's new Arena, which is built as an extension of the Bella Center. With room for 7,000 seated guests in the new Arena, Copenhagen can host even larger international events in the future. A strong focus on sustainability throughout the construction process and an innovative partnership with Carlsberg gives Bella Arena a gold certification in sustainable construction.

Returning to its physical form after an unprecedented year of challenges, CIFF KIDS looks to strengthen its community of fashion and lifestyle professionals with a new and inspiring location and layout.

Complete with new halls, new segments and new initiatives, the Nordic region’s biggest fashion fair returns to its physical form later this year, opening its doors to a changing market and redefining the way it does business.

Christina Neustrup will take over as the new director of CIFF from October 1st, 2020, and together with the team bring the fair back to the international scene.

CIFF introduces a platform to strengthen fashion in light of the corona crisis7.8.2020 11:11:24 CEST | Pressemeddelelse

For Elevated Order Days by CIFF, we will introduce a sustainability platform to strengthen fashion in light of the corona crisis.

When CIFF opens the doors from August 9th – 12th it will be in different format than the wellknown: Focus is shifting from International to National introducing “Elevated Order Days by CIFF”.