Have you been dreaming of salsa dancing in Cuba? Then this might be your lucky day. AiaSound festival in Copenhagen is launching the Cuban Latin rythms to Amager with their newest addition to their lineup. Award winning Gente de Zona.

The beloved reggae duo has been sittingon the throne of latin music for more than two decades. The double Grammy Award winning hitmakers stands for the multihitsBailando and La Gonzadera, and have released hits featuring superstars such as Enrique Iglesias, Becky G and Pitbull. With almost 7 million monthly listeners on Spotify, the powerduo is a booking with streams in the high end.

All together the Cuban duo has won more than 10 Awards all together and have been nominated more than 20 times for different prestigious prizes e.g.The Latin Grammy Awards and Billboard Latin Music awards.

Most people who enjoyed their youth in the late 00’s, have a memory of a summer fling on festival, a southern vacation or a sundown beachparty, all while listening to the world hit Baillando in the background.Since its release it has been played more than 1,3 billion times.

For the first time ever, the South American musicians are landing in Denmark, ready to wake all of your nostalgic memories to life atAiaSound august 13th.

The Kings of latin Alexander Delgado og Randy Malcom, together - Gente de Zona. Are ready to give their audience a unique experience with trumpets and exotic drums when they and their massive liveband are balling with authentic reggaetón of the finest quality.

Want to be a part of the festival with an icecold drink in one hand and your better half in the other?

Tickets can be bought here 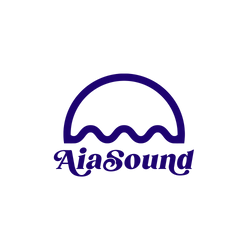 Subscribe to all the latest releases from AiaSound Festival by registering your e-mail address below. You can unsubscribe at any time.