Acquisition of Waterloo Brewing in Canada

The Carlsberg Group is pleased to announce that it has entered into a definitive agreement with Waterloo Brewing Ltd. (“Waterloo Brewing”) (TSX: WBR) to acquire all the issued and outstanding common shares of Waterloo Brewing for cash consideration of CAD 4.00 per share or a total equity value of approximately CAD 144 million in aggregate (including options). The acquisition is expected to strengthen the Carlsberg Group’s market position in Canada with local production and Waterloo Brewing’s brands, and to deliver significant supply chain and revenue synergies.

The transaction is expected to close early in the first half of 2023, subject to approval by Waterloo Brewing’s security holders and the satisfaction or waiver of other customary closing conditions.

Carlsberg’s international beer and cider portfolio complements Waterloo Brewing’s portfolio of local beers and ready-to-drink (RTD) beverages, creating a highly competitive company in the Canadian beer and RTD market. In addition, Waterloo Brewing’s production facility in Kitchener, Ontario, will produce some of the Carlsberg Group’s brands, including Somersby cider, which has been produced at Waterloo Brewing since 2020.

Carlsberg Group CEO Cees ’t Hart says: “One of the priorities of our SAIL’27 strategy is to grow our business in attractive markets where we are small today, such as Canada. The acquisition of Waterloo Brewing significantly improves our growth prospects in the Canadian market.”

Waterloo Brewing President and CEO George Croft says: “We’ve enjoyed a close relationship with Carlsberg and are excited about becoming part of one of the largest brewing companies in the world. Waterloo Brewing will be a great fit with Carlsberg’s strong, purpose-driven culture, and our Board of Directors is confident that joining Carlsberg is the best long-term solution for our employees, partners, customers, consumers and community.”

Managing Director of Carlsberg Canada Anders Rud Jørgensen says: “This exciting opportunity will scale our business in Canada. The brand portfolios are complementary. Local sourcing will secure long-term robustness of supply, and increase commercial flexibility and speed to market for innovations, step-changing the way we operate. Waterloo Brewing’s excellent portfolio of long-standing co-packing relationships will benefit from these combined operations.”

The transaction will be carried out pursuant to a court-approved plan of arrangement as per the Business Corporations Act (Ontario). Pursuant to the arrangement, holders of Waterloo Brewing common shares will receive CAD 4.00 in cash for each common share held. The completion of the transaction is subject to approval by at least two-thirds of the votes cast by all security holders and by a “majority of the minority” of the shareholders (excluding certain officers, in accordance with applicable law) at the special meeting of Waterloo Brewing security holders, which is expected to take place in February 2023.

Directors and officers of Waterloo Brewing, collectively holding approximately 40% of its outstanding common shares, have entered into voting support agreements under which they have agreed to support and vote in favour of the transaction.

Waterloo Brewing is Ontario's largest Canadian-owned brewery. The Company is a regional brewer of award-winning premium and value beers and is officially certified under the Global Food Safety Standard, one of the highest and most internationally recognized standards for safe food production. Founded in 1984, Waterloo Brewing Ltd. was the first craft brewery to start up in Ontario and is credited with pioneering the present-day craft brewing renaissance in Canada. Waterloo Brewing has complemented its Waterloo premium beers with the popular Laker brand. In 2011, Waterloo Brewing purchased the Canadian rights to Seagram Coolers, and in 2015 secured the exclusive Canadian rights to both LandShark® and Margaritaville®. In addition, Waterloo Brewing utilizes its leading-edge brewing, blending, and packaging capabilities to provide an extensive array of contract manufacturing services in beer, coolers and ciders.

About the Carlsberg Group

Established in 1847 by brewer J.C. Jacobsen, the Carlsberg Group is one of the leading brewery groups in the world, with products sold in 150 markets. The Group’s beer portfolio spans both local and international premium brands, including Carlsberg, Tuborg, 1664 Blanc and Grimbergen, strong local power brands and alcohol-free brews. In addition, its portfolio of other beverages includes both alcoholic and non-alcoholic beverages such as ciders, including Somersby, soft drinks and energy drinks.

The Group’s purpose is brewing for a better today and tomorrow. Doing business responsibly and sustainably supports that purpose – and drives the efforts to deliver value for shareholders and society. Carlsberg is listed on Nasdaq Copenhagen. 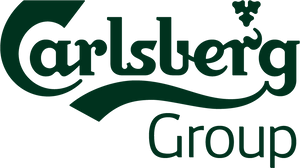