Today, Wednesday, the people of Denmark can draw a sigh of relief, with hit-songs such as ‘All I Wanna Do’ and ‘Solo Dance’ likely still playing in the back of their minds from Friday’s concert. Martin Jensen, 29-year-old DJ and producer, performed these and many other hits during his massive out-door performance. Playing from an elevated stage 35 meters high, the performance was accompanied by 750 spotlights, 750 firework explosions, and a plethora of meter-tall flames surrounding the artist. The world-famous producer has worked with international celebrities such as Ed Sheeran, Katy Perry, and Jason Derulo. His popular hits such as ‘Solo Dance’, ‘All I Wanna do’, and ‘Nobody’ has amassed more than 2.5 billion streams worldwide.

Contrary to a lot of other countries, Denmark reopens Wednesday. The long-anticipated reopening is possible due to approximately 1 million Danes having started vaccine treatments, while infection rates has remained steadily low for a long period of time. The reopening-day is happily accompanied by amazing spring weather, allowing for restaurant visits, football, music, and everything else the Danes have been craving for months. 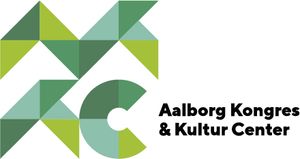 Subscribe to all the latest releases from Aalborg Kongres & Kultur Center by registering your e-mail address below. You can unsubscribe at any time.