IEVA, the only pan-European vaping association, launched today a new campaign aimed at educating smokers about the harm reduction potential of vaping compared to combustible tobacco. Far too few smokers know the actual facts about e-cigarettes, making them less likely to switch to a significantly less harmful alternative.

This lack of understanding has serious consequences. According to the European Commission, “Tobacco consumption is the single largest avoidable health risk, and the most significant cause of premature death in the EU, responsible for nearly 700,000 deaths every year. Around 50% of smokers die prematurely.” [1]

Independent studies have shown that the switch to vaping is often an effective way to stop smoking completely.[2] In the UK and New Zealand, government agencies strongly encourage smokers to switch to e-cigarettes and advise healthcare professionals to suggest e-cigarettes as an alternative when counselling smokers. [3] The result: the smoking rates in both countries have been significantly reduced.

“The developments in New Zealand and the UK are examples of progressive and enlightened public health policies. Political and public health leaders should take a close look at these results. Vaping can make a significant contribution to reducing smoking rates,” said Dustin Dahlmann, President of the Independent European Vape Alliance.

Many independent scientific studies provide clear evidence that vaping is significantly less harmful than smoking. These results are the focus of this campaign and can also be read on the Vapingfacts.eu website. [4]

Reasons for lack of factual knowledge in the population

Many smokers hesitate to switch because they are unsettled by negative claims about e-cigarettes which have little basis in fact.

A team of international researchers examined the 24 most frequently cited vaping studies published in medical journals.

The researchers came to a worrying conclusion: “The findings are shocking: almost all of these studies were found to be methodologically flawed; they lacked a clear hypothesis, used inadequate methodology, failed to collect data relevant to the study objectives, and did not correct for obvious confounding factors." [5]

The European awareness campaign will take place over the coming weeks via the social media channels of the international members of the Independent European Vape Alliance.

[2]“A Randomized Trial of E-Cigarettes versus Nicotine-Replacement Therapy” 2019. Link

[3] “Guidance Smoking and tobacco: applying All Our Health” Office for Health Improvement and Disparities 2022. Link

[5] “CoEHAR exposes for the first time that most e-cigarette research is flawed and in need of urgent critical reform”. Press release Mar 24, 2022. Link 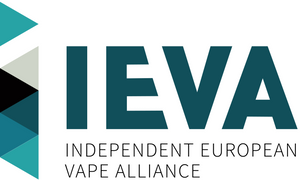 
The Independent European Vape Alliance (IEVA) is the only pan-European association aimed at uniting national associations, companies, manufacturers and wholesalers in the vaping industry and providing them with responsible representation at the European level.

IEVA’s founding principle is to contribute to harm reduction and public health. E-cigarettes have a significant positive impact and should be recognized as a harm reduction tool because vaping is not smoking.

Subscribe to all the latest releases from IEVA (Independent European Vape Alliance) by registering your e-mail address below. You can unsubscribe at any time.

The Independent European Vape Alliance (IEVA) welcomed the decision of MEPs to recognize tobacco harm reduction as a tool in beating cancer; but remains concerned that the report approved today by the European Parliament leaves the door open to a flavour ban in the EU. The Special Committee on Beating Cancer (BECA) today voted on the amendments and the draft of the Beating Cancer report by Rapporteur Véronique Trillet-Lenoir.[1] The authors of the report identify smoking as one of the main causes of cancer and IEVA agrees that everything should be done to significantly reduce the smoking rate in Europe. There is little scientific doubt that tobacco harm reduction is a key tool in achieving this goal.[2] Even those skeptical of tobacco harm reduction concede that vaping is many orders of magnitude less harmful than continuing to smoke. According to Public Health England (PHE), e-cigarettes are 95 percent less harmful than tobacco and the risk of cancer drops by 99.6 percent.[3] The repo

Brussels - Eight million smokers worldwide die from a smoking-related disease every year. [1] Tobacco Harm Reduction is a chance for smokers to switch from an extremely harmful to a significantly less harmful alternative. [2] Unfortunately, the WHO has lost sight of this in recent years. But it is not too late to repent. It must focus on the future of millions of smokers worldwide – a future that is much brighter should they switch to vaping – rather than its own counter-productive “quit or die” dogma. The ninth conference on tobacco control of the WHO (WHO FCTC COP9) starts in Geneva next week. [3] During this important conference, measures to reduce the global smoking rate will be debated. The WHO wrote in a publication a year ago: "There is conclusive evidence that: completely substituting [vaping] for combustible tobacco cigarettes reduces users’ exposure to numerous toxicants and carcinogens present in combustible tobacco cigarettes." [4] Now it is important to put this correct as

Bruxelles - The Independent European Vape Alliance (IEVA) welcomes and supports the “EU Beating Cancer Plan” presented today by the European Commission. The plan is extremely important in order to significantly reduce the number of cancer-related deaths. However, the new EU strategy neglects an important instrument for public health: Harm Reduction. Almost one third of cancer cases in Europe are caused by smoking: “Tobacco consumption continues to be the leading cause of preventable cancer, with 27% of all cancers attributed to tobacco use. By eliminating tobacco use, nine out every ten cases of lung cancer could be avoided.”[1] It is therefore more important than ever to use all means at hand to minimize smoking rates. Tobacco harm reduction is rated as a very good opportunity to significantly reduce the number of smokers. That is why it has to be included in an impactful EU Beating Cancer plan: “When it comes to smoking cessation, the EU Commission is once again concentrating on the

Brussels - Around 65 percent of adult vapers in Europe use fruit or sweet liquids. [1] The variety of flavours is one of the most important reasons for smokers to switch to e-cigarettes and for vapers not to go back to smoking. Without paying attention to this fact, the Dutch State Secretary Paul Blokhuis has announced to ban all e-cigarette flavours except tobacco flavours in the Netherlands, as they are supposedly particularly attractive to young people. [2] This measure risks very negative consequences for Public Health and tobacco harm reduction: With only tobacco flavours left vaper’s threshold to relapse on tobacco smoking dangerously lowers. A public consultation on the plan will run until January 19, 2021. The vast majority of the comments so far come from vapers and scientists who reject the government's plan. [3] The Dutch plan ignores important facts: The number of young people in the Netherlands who have ever tried e-cigarettes has decreased by a quarter in the past five ye