Shchedryk Youth Choir from Ukraine will perform in Copenhagen

On December 8 at 19:00, the Ukraine House in Denmark is inviting you to a Christmas Concert of the oldest running and the most internationally acclaimed professional youth choir from Ukraine, “Shchedryk”. The event is dedicated to the 100th anniversary of the performance of Shchedryk Ukrainian folk song arranged by the Ukrainian composer Mykola Leontovych (1877-1921) at Carnegie Hall, with the carol soon capturing the hearts and minds of the audiences around the globe and becoming known as Carol of the Bells, the world's most popular Christmas carol.

Ukrainian culture is an intricate part of the global culture, yet Russia's full-scale invasion has had a catastrophic impact upon the cultural heritage of Ukraine. Over 500 cultural centers, theaters, museums, churches were damaged, robbed or destroyed by the Russian army. Numerous artists and musicians struggle, with their families apart and torn by the war, often having had to flee from the war or unable to continue to practice.

According to UNHCR, the number of Ukrainians, primarily women with children who have become refugees, as of November 28th,  reached 7 891 mln. Those who stay in Ukraine are suffering from non-stop Russian attacks on the civilian and critical infrastructure. Millions of civilians right now do not  have electricity, water or heating in their houses, including the capital, Kyiv.

Despite all these difficulties the young musicians of the Shchedryk choir recently have been rehearsing during power outages in Kyiv, in the darkness of the local Palace of Arts, with only flashlights illuminating their musical scores.

"The Russian invasion has brutally disrupted the lives of millions of Ukrainians, and in the dire circumstances of war now every day is an existential battle for the Shchedryk Choir. We strive to prevail as an intricate part of Ukrainian culture, preserve the life of the choir, our team and the continuity of the tradition within Shchedryk. We aim to protect the life of every young voice, who stays in Kyiv, under the threat of missile strikes, during daily blackouts and lacking warmth in the place of rehearsals. We also do our best to stay connected with those who are now based in different countries. Young people yearn for joint performances – they work hard and attend everyday rehearsals regardless of the life-threatening conditions,"  commented Shchedryk Choir artistic director Marianna Sablina.

"We extended the invitation to Shchedryk to visit Copenhagen striving to create an opportunity for the young musicians to continue Shchedryk's creative process and enable the choir to preserve their choral tradition. At the same time, it is an opportunity to bring the taste of the Ukrainian Christmas and high musical culture to the Danish audience, and in this way thank Denmark for its warm welcome to the Ukrainians looking for temporary protection outside of their homeland.  We really appreciate those who are making this concert possible and namely the Ukrainian Institute in Kyiv and the Ukrainian-Danish Youth House, a platform for young people from Ukraine and Denmark supporting participation, democracy and creativity", – commented Nataliia Popovych, chairperson of the Ukraine House in Denmark.

Shchedryk is one of the most accoladed youth choirs in the world, winner of numerous gran prix at the leading musical and choir festivals. Shchedryk's repertoire includes about 1,000 works from the Renaissance and Baroque, classical, romantic and modern music, and folk songs from around the world.

The program in Copenhagen will include international and Ukrainian Christmas classics and modern masterpieces alike. Among them: Ave Maria by Camille Saint-Saens, Silent Night by Franz Gruber, Krokovee Koleso by Hanna Havrylets, Alyluia by Valentyn Sylvestrov and Shchedryk by Mykola Leontovych. It will also be celebrated by the choristers on the stage of Carnegie Hall in New York on December 4th, and they will visit Copenhagen on their way back to Europe.

"Living in folklore, Shchedryk carol was arranged by Mykola Leontovych in 1916 and adapted for diplomacy of the newly formed Ukrainian independent state in 1918, when the famous Koshyts Choir was commissioned by the leadership of the Ukrainian Popular Republic to travel around the world on a mission "to sing for the independence of Ukraine". Shchedryk was performed for the first time in the US at Carnegie Hall in October 1922 and later went on to become a symbol of Christmas all over the world. I hope that the modern Shchedryk's youth choir's performance in Copenhagen in 2022 will also contribute to not only to the spirit of holidays in Denmark but to Ukraine's victory in defending our homeland and the spirit of freedom in the world", commented HE Mykhailo Vydoinyk,  Ambassador of Ukraine to the Kingdom of Denmark.

Come to enjoy and support the Ukrainian voices through the music of love. And let’s hope that this will be the last Christmas when millions of Ukrainian families will be separated or the Ukrainian culture endangered, and that justice and peace will be restored soon.

Where: The Church of The Holy Ghost "Helligåndskirken"

The entrance is free to сhildren and displaced persons from Ukraine (please do not forget your passport as proof of ID).

Organized by Ukraine House in Denmark

With support from: Embassy of Ukraine in the Kingdom of Denmark, Cultural Diplomacy International Institute, Bevar Ukraine

About Ukraine House in Denmark 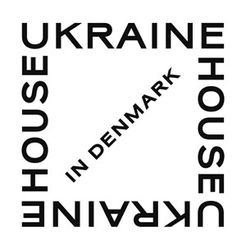 The Ukraine House in Denmark is a civil society organisation of Ukrainian cultural diplomacy based in Copenhagen. Its mission is to form an enduring positive influence of Ukraine on Ukrainian-Danish cooperation, security, and lasting peace in Europe.

Subscribe to all the latest releases from Ukraine House in Denmark by registering your e-mail address below. You can unsubscribe at any time.

On December 8 at 19:00, the Ukraine House in Denmark is inviting you to a Christmas Concert of the oldest running professional youth choir from Ukraine, “Shchedryk”.

The Ukraine House in Denmark civil society organization and the Embassy of Ukraine in Denmark are grateful for the initiative of the Ministry of Culture to allocate 7.6 million kroner of financial support over the course of a three-year period (2022-2025) towards the establishment of a Ukrainian Culture House in Copenhagen. This would serve the long-term need and be a symbol of unprecedented level of support from the Danish government and the Danish people to the people of Ukraine. According to the Minister of Culture, Ane Halsboe-Jørgensen: “We are informed almost daily of horrible and terrifying atrocities in Ukraine. This horrifying war in Ukraine has also had a considerable impact on the country’s culture. A large part of the population has been forced to flee and require support in preserving and practicing their culture. This holds true for Ukrainians in Denmark, who have expressed a great desire for the creation of a Culture House. The decision to establish a Ukrainian Culture H