Do you want to see if a letter has arrived in your mailbox? Do your outdoor or indoor plants need watering? Do you need to wake up your children with a buzzer while you’re at work? The only limit is your imagination.

The BBC micro:bit is a popular pocket-sized computer that has been designed specifically for educational purposes. Seluxit now announces a 5G NB-IoT extension board for the micro:bit, called SLX Wappsto:bit. With the Wappsto:bit extension board, the micro:bit is connected to the cloud, opening up a wealth of new possibilities. Now, the popular educational computer for children can stay connected, stream data and be controlled from anywhere.

The micro:bit features easy-to-use, plug-and-play components paired with drag-and-drop coding and a world of external sensors. With Wappsto:bit  you can now build your own connected-sensor system and receive your data directly in a dashboard for easy interpretation and analysis.

The extension board will be fully integrated in the Microsoft MakeCode programming interface, which is the visual programming environment for children developed by Microsoft. The data collected will become immediately accessible in the Wappsto dashboard, as well as in native apps for Android and iOS. Wappsto is a part of the Seluxit IoT Solution Builder and enables data visualization, data analysis, data export, data sharing and more.

The Wappsto:bit comes in 3 versions depending on which kind of adventure you embark on.

The SLX Wappsto:bit series is scheduled for official release on the 20th of February, 2021.

Tuesday the 12th of January, Seluxit will give a live Webinar, introducing this product. To register, use the following link http://bit.ly/38iDFbo

The BBC micro:bit is a pocket-sized computer that introduces you to how software and hardware work together. It has an LED light display, buttons, sensors and many input/output features that, when programmed, let it interact with you and your world. The Micro:bit Educational Foundation is a UK-based not for profit organisation. They were established with the support of their founding members (including the BBC) in September 2016 to secure a legacy for the original BBC Make It Digital project in which a million micro:bits were given to UK school children.

Wappsto offers powerful, intelligent applications and automations drawing on data from various sources that can be bought, shared and sold. On the one hand, Wappsto offers tools that allow developers to create IoT applications as web apps with integrations and automations. On the other hand, Wappsto is an appstore and data marketplace, inspired by and modeled on Apple's AppStore, where developers and users can share or sell their apps and data. 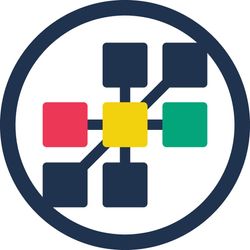 Subscribe to all the latest releases from Seluxit by registering your e-mail address below. You can unsubscribe at any time.