In a new epsiode of the documentary "Roar", North are delighted to welcome Torbjørn “mithR” Nyborg as CS:GO Head Coach.

Nyborg joined the team on a trial period in the beginning of February, where he - together with the team - claimed the first prize in the $50,000 GG.Bet Ice Challenge in London, beating NaVi in the Grand Final.

Since February the CS:GO team and the 29-year-old has had the time to gauge each other.

- I am are very delighted that we have come to an agreement with Torbjørn, says Director of Esports at North, Jonas Svendsen.

- Torbjørn has a strong presence within the team and he has had a good impact on the team already. At the same time, he has a great understanding of the game and is a very passionate coach, says Jonas Svendsen who looks forward to working closely together with the new first team coach.

Torbjørn “mithR” Nyborg was named Danish esport coach of the year, during his trial period with North, for his work at Campus Vejle Sportscollege.

- The past month has been challenging, but also great. The players and staff of North has been great at welcoming me to the organization, and has given me the responsibility of implementing my own principles of play and structure to the playstyle and way of practice, says Torbjørn “mithR” Nyborg.

-  I feel very motivated by the high ambitions around this team. Despite rough periods for the team, I feel confident in my abilities to bring team back on track. The players and staff behind has put their faith in me to restore their confidence and bring back the hype and work ethic.

North and Nyborg’s first offline tournament as a team is StarSeries S7 in Shanghai from March 31st to April 7th.

Link to presentation of Torbjørn: https://youtu.be/AwwiSdpn5rk

Christian SlotHead of Media and Press 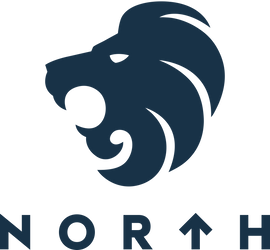 Subscribe to all the latest releases from North by registering your e-mail address below. You can unsubscribe at any time.