Andernach, DE, and Ballerup, DK, March 19, 2019: LTS Lohmann Therapie-Systeme AG (LTS), a market leader in transdermal therapeutic systems, and LEO Pharma A/S, a global leader in dermatology, today announced that the companies will start the clinical trial of microarray patches for the local intradermal treatment of psoriasis. The study will start in April 2019 with expected completion later this year and the aim of the study is to document safety and efficacy in patients.

A microarray patch (also known as a microneedle patch) is a polymeric, microscopic array which delivers encapsulated drugs by perforating the outer stratum corneum with numerous microneedles. The needles are biodegradable and will dissolve as they release the drug in the skin.

This is the first time that microarray patch technology is applied to psoriasis treatment, representing a novel dosage form with several potential benefits for patients: The microarray patch enables slow release of the drug (betamethasone and calcipotriol), which means that treatment frequency can potentially be reduced from one or more times daily to once weekly. Furthermore the patch may reduce or potentially eliminate the need for application of topicals such as ointments. Application of the patch is precise due to the small size of the micro needles ensuring that only affected skin is treated.

The micro array patch for psoriasis treatment has been developed jointly between LEO Pharma and LTS’ laboratories and has Good Manufacturing Practice (GMP) status. The project is the first result of a partnership agreement which the two companies entered in 2016.

“After a successful preclinical development in the last two years, initiating a human study in corporation with LEO Pharma is the next major milestone. Our Micro Array Patch (MAP) platform allows the active ingredient to be released directly into the skin MAP innovation is driven by a productive and constructive cooperation using core competences of LEO Pharma and LTS,” said Stefan Henke, Head of LTS‘s Innovative Injection Systems Unit.

“Our alliance with LTS is a great example of LEO Pharma’s innovative approach to psoriasis treatment and how we collaborate to improve and extend what’s possible for the benefit of patients. The microarray patch represents a new treatment method, which we believe has the potential to improve both treatment compliance and convenience – thus helping even more patients achieve healthy skin,” said Kim Kjøller, Executive Vice President, LEO Pharma Research & Development. 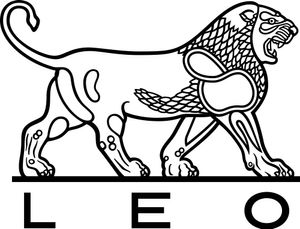 
About LEO Pharma LEO Pharma helps people achieve healthy skin. The company is a leader in medical dermatology with a robust R&D pipeline, a wide range of therapies and a pioneering spirit. ​Founded in 1908 and owned by the LEO Foundation, LEO Pharma has devoted decades of research and development to advance the science of dermatology, setting new standards of care for people with skin conditions. ​LEO Pharma is headquartered in Denmark with a global team of 5,700 people, serving 80 million patients in 130 countries. In 2017, the company generated net sales of euro 1.4 billion. ​

Subscribe to all the latest releases from LEO Pharma by registering your e-mail address below. You can unsubscribe at any time.

New results from the PSO-LONG clinical trial are the first to provide long-term maintenance data for plaque psoriasis with a twice-weekly topical treatment with Enstilar®(calcipotriene and betamethasone dipropionate) Foam Plaque psoriasis is a chronic, multifactorial disease affecting nearly 80% of the 125 million people living with psoriasis worldwide(1,2) LEO Pharma is committed to building on its more than 30-year heritage of pursuing innovative products for patients affected by psoriasis and other chronic skin conditions BALLERUP, Denmark, JUNE 12, 2020 – LEO Pharma A/S, a global leader in medical dermatology, today presented results from the Phase 3 PSO-LONG clinical trial. PSO-LONG compared the efficacy and safety of twice-weekly Enstilar® (calcipotriene and betamethasone dipropionate)Foam, versus foam vehicle for long-term (52-week) maintenance treatment for adult patients with plaque psoriasis.(3,4) Results were presented as ePosters online at the American Academy of Dermatolog

Presented at the AAD VMX 2020, results from ECZTRA 1, 2 and 3 trials confirm tralokinumab met its primary and secondary endpoints and are the first Phase 3 results in atopic dermatitis for an investigational therapy that specifically targets IL-13 Tralokinumab demonstrated statistically significant improvements in outcomes including pruritus (itch) and health-related quality of life measures that are important to patients In ECZTRA 1 and 2, the majority of patients treated with tralokinumab 300 mg every two weeks who achieved a clinical response at week 16, maintained response at week 52 without any use of topical corticosteroids In ECZTRA 3, nine out of 10 patients who achieved clear or almost clear skin with tralokinumab 300 mg in combination with topical corticosteroids at week 16 maintained this response at week 32 when randomized to dosing every two weeks. Similarly, eight out of 10 patients randomized to dosing every four weeks at week 16 maintained clear or almost clear skin at

BALLERUP, Denmark, JUNE 11, 2020 – LEO Pharma A/S, a global leader in medical dermatology, today announced that the European Medicines Agency (EMA) validated the marketing authorization application (MAA) for tralokinumab, an investigational product for the treatment of adult patients with moderate-to-severe atopic dermatitis (AD). The acceptance of this MAA marks the beginning of the formal review procedure for this potential new treatment by the EMA’s Committee for Medicinal Products for Human Use (CHMP).