25,000 participants are Copenhagen-bound to participate in the sold-out Copenhagen Half Marathon

The world’s fastest runners are heading to Copenhagen in the pursuit of new records.

Sunday’s 8th annual edition is no exception as CPH Half is targeting several records this year: A new women’s race record, a new men’s European record, and ten men below the 60 minutes mark. Also, the defending champion, Amedework Walelegn, returns to improve his winning time from 2021! If he succeeds, he will be the first athlete in race history to win for two consecutive years. Walelegn is targeting a sub 58:30 time– the second fastest time ever in the history of the Copenhagen Half Marathon.

In the women’s race, at least two contestants, both from Kenya, are going for a sub 65 minutes time, which would be a great improvement of the current women’s race record of 1:05:08. One of the favorites is Vicoty Chepngeno. Ranked 7th in the world and with a newly set personal best in the half marathon distance she will be lining up at the starting line with lots of confidence.

The Norwegian wonder, Zerei Kbrom Mezngi, surprised everyone at this year's European Championships in Munich when he took home a silver medal in the 10,000 meters clocking 27:46.94. He is in excellent shape, and his chances of deleting the current European half marathon record should be good. The current European record holder, Julien Wanders, Switzerland, will also be present to defend his title.

Copenhagen may also see a new Para Athletics world record as Danish Christian Lykkeby-Olsen will attempt to break the current para world record of 1:10:57. One of the best in the world in his class (T46), Lykkeby attempts to dip below 1:10:00 to crush the current world record.

Press and media are invited

Press and media are invited to cover the race from the press center at Øster Allé just next to the start and finish area. There will be press facilities available.

Please reach out to head of PR, Thor Thestrup Schnetler, if you are interested in covering the Copenhagen Half Marathon ‘22.

Facts about Copenhagen Half Marathon 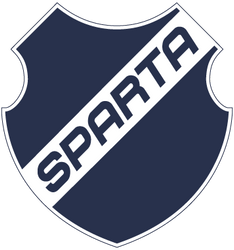 15 men dip under 60 minutes in Copenhagen.